The farm in Hekpoort is known as portion 354 of the farm Hartebeesfontein 472 JQ and has been in the Mclean family since 1970. It was used mainly as a residential home and country getaway. The original house, built by Denis Mclean, was struck by lightning in 1994 and was remodeled to accommodate the Mclean brother’s families thereafter as a country retreat. The property was leased out to River Bear Lodge from 1996 to 2008 and used by them for team building and conferencing.

Mokoya Lodge and Sweet Thyme Restaurant was founded by the Massey Mclean Family in 2009 when Raymond Massey returned from Germany as a Master Chef. It was then decided by all to convert the existing buildings and ready the Lapa for Bianca Massey’s wedding which turned out to be a great gathering of the German and South African Families and Mokoya and Sweet Thyme were born. The lodge grew from converting the existing buildings and upgrading the facilities, adding bathrooms and toilets to what you see today.

The natural stone cottages are some of the oldest buildings built with the natural rocks picked up on the farm. This has added character to the rooms and compliments the thatch roofs which add to the bush and country atmosphere.

The buildings have been placed in position to preserve the natural trees and bush that characterizes the property. The gardens have been carved out preserving the bush, and planted with shrubs and plants that survive the harsh winter frost and the summer droughts.

The lodge is managed by Raymond Massey and Hayley Livesey with a lot of loyal staff who make up the team that will make your stay with us most memorable. 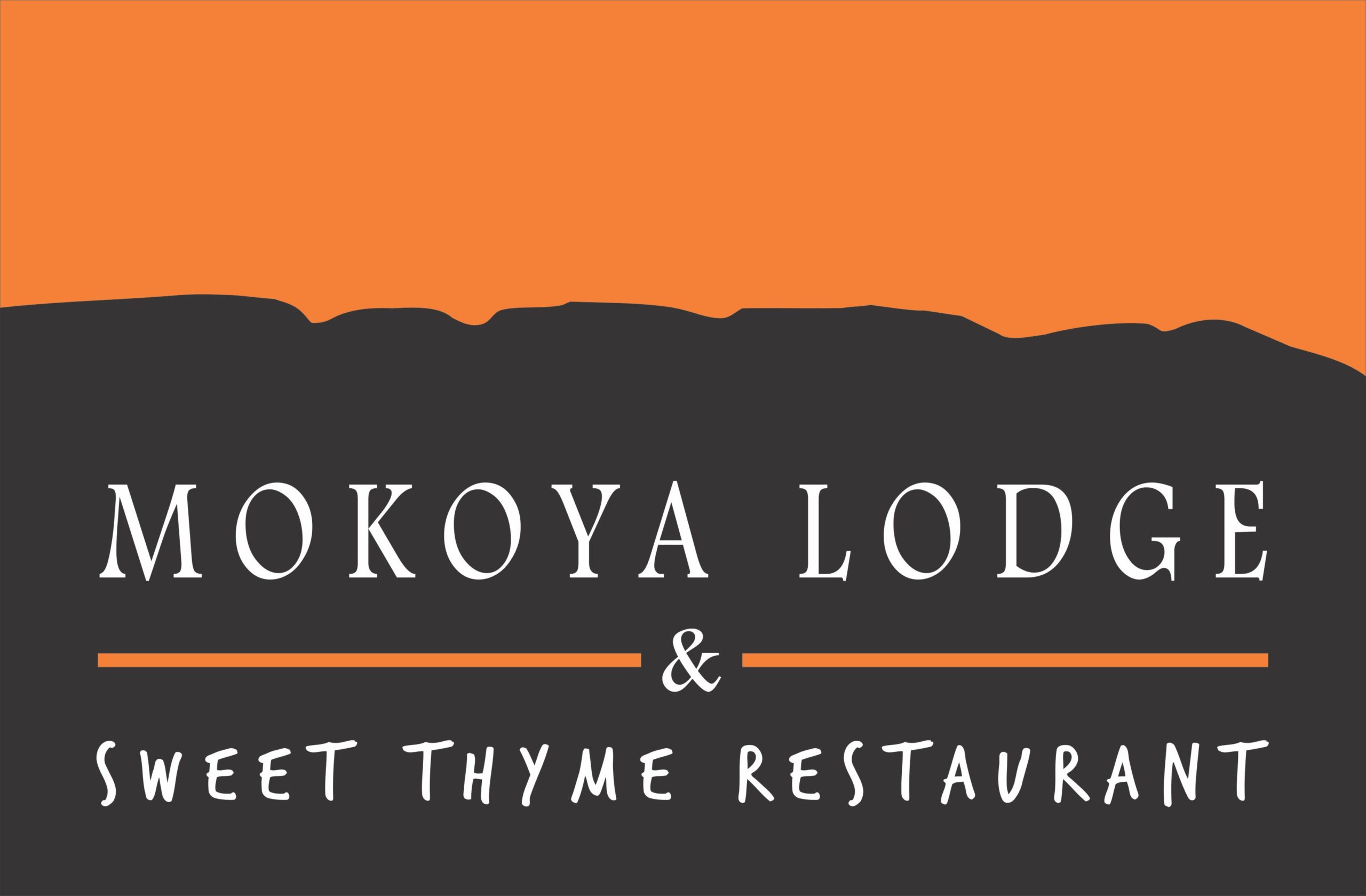 Our rooms do not have TV’s in them, except for Family Room 19. We are offering an escape from the city life, a chance to reconnect with nature and each other. 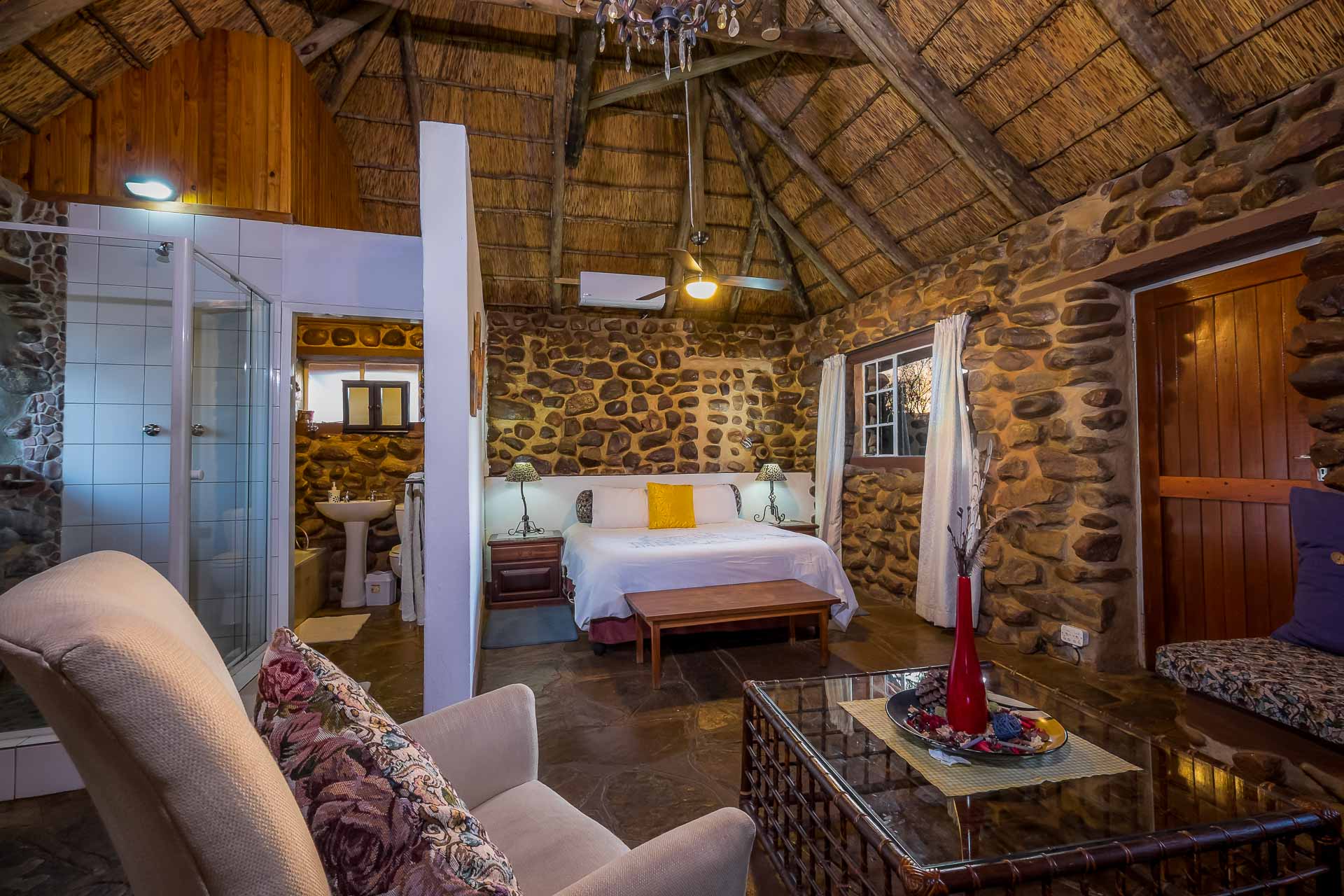 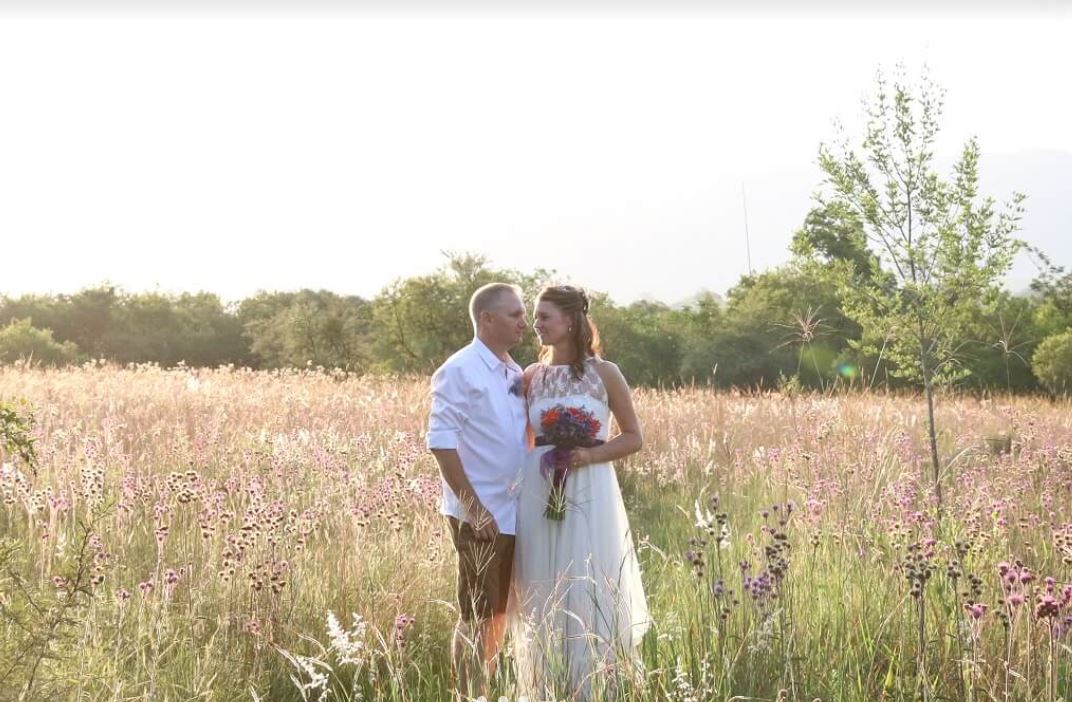 A tranquil Garden Riverside chapel, just off the banks of the Magalies River is the perfect spot to say, “I Do”.

The natural bush settings that we provide, make for a true African rustic wedding. Offering a perfect weekend wedding, where family and friends spend quality time together reveling in the celebrations of true love.

Offering complete exclusivity of the venue for your special day, with personalised attention in organising your dream wedding. The most delicious food prepared by our internationally trained chef, Raymond Massey and dedicated staff will surely satisfy your guests’ taste buds. Wow your guests with our unique Harvest Picnic for the after-ceremony drinks and snacks under the trees. Celebrate in our Function Lapa with a spectacular view of the Magaliesburg Mountains.

Mokoya Lodge can host up to a maximum of 120 guests. We have accommodation for up to 60 people onsite with overflow accommodation nearby.

Why not come and see us and let us show you around? We look forward to meeting you.

Mokoya Lodge is an exclusive conference venue in Gauteng, situated in the heart of Hekpoort near Magaliesburg and Hartbeespoort.

Our Restaurant offers delectable cuisine, prepared by our internationally trained chef. We are open for bookings, please call us on 082 423 1469 to make a booking.

get in touch with us or